Today’s Author Spotlight is on John Hindmarsh, who wrote Super Something in the thriller anthology, Make Them Pay!

Take it away John. 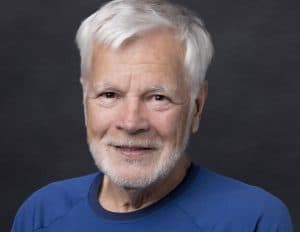 During the Battle of the Nile on 1 August 1798, the fire on board the French line-of-battle ship l’Orient put the Bellerophon (1786) in danger; all the other officers on the quarterdeck on the Bellerophon were killed or wounded, so 13-year-old Midshipman John Hindmarsh gathered some of the crew, cut the anchor cables, and raised a spritsail to get the ship moving. Captain John HIndmarsh became the first governor of South Australia some years later.

You realize I write fiction? The above is all true – except I’m a different John Hindmarsh.

Okay – the serious side. I’m Australian. I’m 82. I have a serious health problem (Acute Myeloid Leukemia). I was raised to be a farmer, wanted to be a commercial pilot—writing was not a sensible career in those days—and ended up a CPA. I segued into IT thirty years ago and worked on contracts in a number of countries (UK, USA, Netherlands, Turkey, Singapore, Thailand) with short terms assignments in probably another ten, from Russia to South Africa. I’ve written and self-published 14 books over the last 10 years. A month ago, I commenced a six-book SF (Space Opera) series, and I’m half-way through writing the first book. I now live in Southern California with my ever-patient and caring wife, Cathy.

A: It’s a double-edged approach with three blades. I wanted to use multiple POVs, which in a short is difficult. I think I succeeded. I wanted to place the story in the same world as my Midway series. I have been intrigued by the super identifier ability and wanted to write it into a story sometime and did so with Super Something. Of course, the story contains murders, assassinations, Russians, and other mayhem.

Reading about super identifiers in the UK, who identify criminal protesters using a minimal part of an image. I thought – that’s a good idea for a thriller or two.

A: I started writing when I was 12 (I’m now 82). I wrote a serious SF novel about 40 years ago and did nothing with it. I took it out of its sarcophagus 9 years ago, worked it over, got it breathing again, self-published it, and it reached the top 100 on Amazon.

A: Well, technothrillers – borderline SF. My two thriller series have a techno or SF edge (one is genetic engineering, the other is artificial intelligence).

A: I started on Charteris (Saint stories), Edgar Wallace (he died in 1932, still popular when I was growing up), Agatha Christie, Doyle (Sherlock Holmes), Ambler, Chandler, and now Lee Child. With lots in between.

A: Yes, my wife was scared out of her wits after reading one of my SF short stories. It was night-time and she didn’t realize I’d gone to a writing group meetup. The empty house after reading the story freaked her out. The rest of our families just think I’m weird.

A: Surviving. Walking. (I have Acute Myeloid Leukemia and 4 years ago was given 18 months to live.)

If you want to check out Hindmarsh’s story along with the other 21 top thriller authors, here’s where you can grab your copy of Make Them Pay!

Discover the inspiration behind the story author John Hindmarsh included in the Make Them Pay! thriller anthology. Click To Tweet