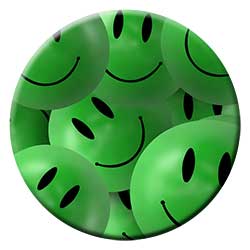 All my books have a bit of a story behind the writing.

“Mirror Image” (which I wrote first but published second) took me about twenty years to write. I got the initial idea when I was a teenager, and it took all that time to get a real handle on how that story wanted to be told.

I wrote “The Stolen Twin” (which I actually wrote second but published first) in nine months. At the time, it felt like it flowed out of me.

“It Began with a Lie” was a painful birth. I started it in 2015, during what I now consider a “grace period” between the time when my mother likely should have died, and when she actually did.

(In September 2014, I spent two weeks in ICU holding my mother’s hand and repeating to myself “let go and let God,” and “I’m not going to die with my books inside me,” while surrounded by doctors who kept trying to prepare my family for my mother’s death. My mother didn’t die, though, which was a surprise to everyone and really something of a miracle. That lasted roughly nine months until June 30, 2015, when she peacefully passed at home surrounded by her family.)

When I started “It Began with a Lie,” I didn’t really understand why I was writing it. At the time, I hadn’t published my earlier novels yet. Actually, I didn’t even have any plans to publish them. I hadn’t written any fiction in years, close to a decade really. Yet, despite all of that, I found myself called to begin writing it, and so I did.

It was a slow, painful process to get back in touch with my fiction soul.

In contrast, “This Happened to Jessica,” was pretty painless (it helped that I got a little assistance from the eclipse). I started it in earnest Summer 2017, and finished it mid-March 2018. Not quite as fast as “The Stolen Twin,” but close.

Next up, editing! Plus jumping into “The Evil That Was Done.” I’ll keep you posted on updates.