People whisper rumors about a family murdered at Ashburn House. They say its old owner, Edith, went mad in the building, and that restless ghosts walk the halls at night. 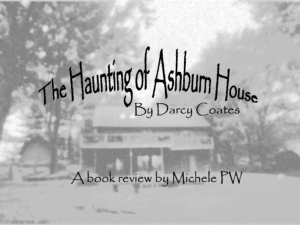 When Adrienne arrives on the gothic house’s doorstep, all she has is a suitcase, twenty dollars, and her pet cat. She doesn’t know why her estranged Aunt Edith bequeathed Ashburn to her, but it’s a lifeline she can’t afford to refuse.

Adrienne doesn’t believe in ghosts, but it’s hard to rationalize what she sees. Strange messages have been etched into the wallpaper. Furniture moves when she leaves the room. And a grave hidden in the forest hints at a terrible, unforgivable secret.

Something twisted and evil lives in her house, and Adrienne must race to unravel the decades-old mystery… before she becomes Ashburn’s latest victim.

“The Haunting of Ashburn House” was the first book I’ve read by Darcy Coates, and I enjoyed it more than I thought I would.

It started out with a lot of promise. Adrienne moves into a spooky old house bequeathed to her by her estranged Aunt Edith. Actually, she was more than estranged—Adrienne’s mother (who had recently passed) had sworn they had no other relatives.

Hmmm, so who is this mysterious aunt? And why would Adrienne’s mother lie to Adrienne about her existence?

So far, so good. Exactly what I like in the horror genre:lots of creepiness and wondering what precisely is going on.

But then we move into Adrienne’s day-to-day life, wherein she makes a lot of tea and spends an excessive amount of money on her cat. 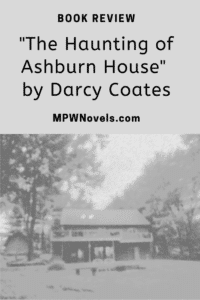 I found myself wanting to reach into the book and shake her … would she spend so much on her cat when she can barely feed herself? No, I of course wouldn’t want the cat to starve, but it certainly doesn’t need Adrienne’s last can of sardines where there’s a perfectly good bag of cat food right there in the pantry.

(Also, the cat was fat, obviously due to the crazy amount of food she was feeding him. Honestly, a cat doesn’t need that much to survive. And, as a bonus, if you feed your cat less, your cat will likely be healthier and live longer to boot.)

Anyway, cat and tea aside, along with the odd turn the story takes in the middle (I was seriously wondering what I had gotten myself into, at that point–one of the other reviewers on Amazon makes an excellent observation that this is more of an undead story than a ghost story), Darcy Coates still somehow manages to bring it all together, and it ends up being a more satisfying read than you’d maybe think.

So, if you like a more classic, gothic, old-fashioned horror story (rather than a simple ghost story), “The Haunting of Ashburn House” might be right up your alley.

If you're looking for a classic, gothic, horror story, The Haunting of Asburn House may be right up your alley. Full review here. Click To Tweet

I would give “The Haunting of Ashburn House” by Darcy Coates between 3 and 4 stars. Below is the link to grab your copy.

This is my Review of the Month for the review collection on LovelyAudiobooks.info 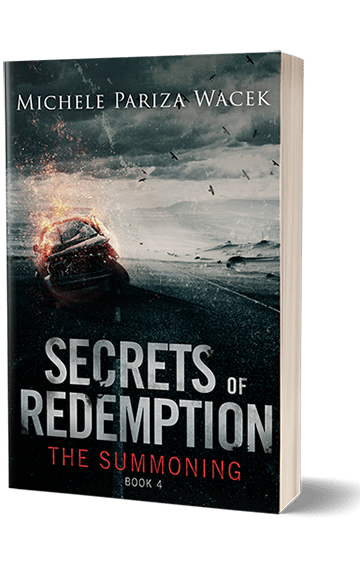 Book 4 in the Secrets of Redemption series! It started so innocently. Charlie only stopped in this charming, wholesome town because she was lost. But things are never as they seem in Redemption …