Redemption, Wisconsin is not like any other town. Redemption decides who it wants to live in its town … and who it does not. This is the story of the birth of Redemption, the place where my award-winning series “Secrets of Redemption” takes place. 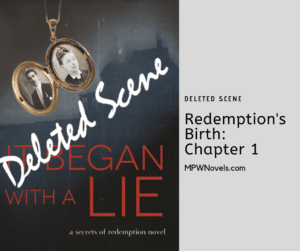 Spring had finally arrived in Southern Wisconsin. While Father Murray could still see a few piles of dirty snow (mostly in thickets where the sun’s warmth rarely reached), and the air still had a bite of cold to it, he could also see the new green buds and leaves re-emerging from their annual death, and could smell their clean, fresh scent.

He hurried along the muddy path, avoiding the puddles as best he could, hoping to make it to town before nightfall. He was just tired and hungry, he told himself. That was all. And, why wouldn’t he be? After all, he had been on the road almost nonstop for a few weeks, having left as soon as winter had broken its hold.

What didn’t make sense was the feeling of foreboding that tickled his spine at the back of his neck. He could think of no reason for it.

Yes, he was just tired—tired, and worn out by that nagging, familiar sense of guilt that always accompanied him this time of year. Winter meant he couldn’t travel (like he did during the summer months) to the different communities and towns that dotted the southern part of the state, which of course meant those communities were denied the Sacraments. He took his responsibilities as a traveling minister very seriously, and always felt a keen sense of disappointment when he was unable to fulfill them.

But this was different. This wasn’t just guilt, but a sense of … uneasiness, and well, wrongness, that grew stronger inside him the closer he got to town.

He knew he was being silly. He was sure everything was fine. Yes, there was that bit of trouble last summer, but it all worked out in the end. No, that couldn’t be the source of this prickly feeling.

Of course everything was fine.

But that didn’t stop him from pushing himself to hurry even faster. 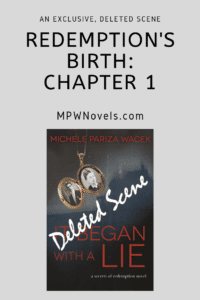 Finally, as the sun began to dip in the sky, he could see the first settlements emerge. Thank the Lord! He was starting to fear the town no longer even existed—that he would be greeted by empty buildings and mass graves. The blizzard of 1888 had been unkind to many parishioners. But, no, he could see people moving around, tending to late afternoon chores.

He waved and greeted the members of this community by name, most of them children, and some of whom he barely recognized, they had grown so much over the winter. He called out to a few of the ones nearest to him, asking where their parents were, but they seemed not to hear him, hurrying off to continue their chores.

It was only when he had nearly reached the heart of town, where the school that doubled as a church resided, that the prickles of uneasiness returned. He slowed his pace, searching the buildings and the people who hurried alongside him on the path.

He watched young Charles wrestle with his horse, a huge black stallion, outside of the general store. The horse was twitchy, nervously pawing the ground and rolling its eyes as Charles struggled with its bridle. He’s going to get himself bit if he isn’t careful, Father Murray thought. Or, he was going to end up hurting the horse, which may end up being worse for him in the long run, once his father got a hold of him.

Charles couldn’t be much older than twelve, Father Murray mused, and yet there he was with what must be his father’s best horse. If he only needed to pick up supplies in town, why wasn’t he with one of the more docile horses? Or why didn’t he walk? Or …?

Confused, Father Murray’s head snapped around. He frantically searched everyone around him—there was young Emily with a basket on her arm. Two more young boys lugging a large crate down the muddy road.

Where were the adults?

Want to keep reading? Chapter 2 is here. For more on Redemption, Wisconsin, check out “It Began With a Lie,” the first book in the award-winning Secrets of Redemption series.