Someone else is dead. 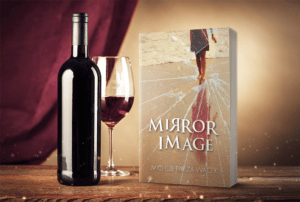 Linda paused, her hand reaching for The Riverview Times. The words echoed strangely in her head, bouncing around like some demented ping-pong ball.

Someone else is dead.

Where had that come from? What did it mean?

She stretched her hand forward again to take the paper, but found herself unable to make actual contact with it. Instead, her hand hung there, motionless. Uneasiness crept through her body, as thick as black ink oozing across a table.

All right, now she was being ridiculous. Where on earth was any of this coming from? She shook her head and snatched up the newspaper.

Tucking it under her arm, she hurried to her car, refusing to think about why she had such a curious reluctance to touch it.

She deliberately turned the radio off in her car, not wanting to hear any news. Instead, she drummed her fingers on the steering wheel and watched the clouds scuttle across the dull gray sky. Another beautiful November day in Wisconsin. For the millionth time, she wondered if it would kill the sun, to show its face a little more.

Turning into the parking lot of Bay Mutual Insurance, she thought again of how much she hated her job. And again, she reminded herself that she didn’t have a whole lot of options to choose from.

Linda parked and entered the building, passing the company’s mission statement in the lobby. Bay Mutual offered auto, home, business, health and life insurance to its customers. And squat to its employees, Linda added to herself, as she did every day.

She hung up her coat and headed to the cramped break room for coffee. Carla was already there, pouring herself a cup. “So, how was your date last night?” Linda greeted her, taking a mug out of the drying rack.

“It started there. Then, it went downhill.” Carla put down the coffee pot, fluffed her short, curly brown hair and opened up the refrigerator for cream. “My mistake was thinking it couldn’t get any worse. Then, I heard the radio this morning. Another dead single man. It’s already nearly impossible to get a decent date in this town. Now, some crazy person is killing the few eligible men out there!”

Someone else is dead. It hit her like a slap in the face, and Linda put her coffee down without drinking it, instinctively knowing she could never force the liquid past the thick sludge that now filled her throat. She watched Carla as she doctored her coffee with cream. Forever on a diet that never seemed to work, she perpetually remained on the short, plump side. Pretty, she looked a little like a perky-nosed cheerleader who had graduated from high school and promptly lost the “battle of the bulge.” Her personality matched that persona. Carla dealt with the perils and problems of human existence with a strong dose of sarcasm and bad jokes. Linda suspected real tragedy had never touched Carla, allowing her to float through life without bumps, scratches or bruises.

Carla tasted her coffee. “They think it was someone he picked up.

“So he was picking up women in a sleazy bar. You should take heart in that. He was probably a jerk. Or gay.”

“Or both.” Carla sighed. “But the Green Room is a meat market, not a gay bar. Do you really think a woman could be doing this?”

“How should I know? Ask the police.” Linda started walking toward her desk. Carla followed. Both of them worked in clerical support for the underwriting department along with Rachel, who was pregnant with her third child. She was already at her desk, diligently working as usual.

Carla kept talking, but Linda tuned her out. She didn’t want to think about the murders. Better to focus on something neutral, like the pile of work in front of her. That was safe, familiar.

Thankfully, it kept her busy until noon. Over the last six months, she had acquired the incredibly useful skill of focusing completely on even the most mundane tasks. She had learned well, and prided herself on her efficiency.

Carla stretched and yawned and asked if Linda wanted to get some lunch.

Carla shook her head. “Linda, you’ve got to eat. You’re practically wasting away.”

“Well, you should eat anyway,” Carla said. “I mean, you look great and all. But, your clothes don’t even fit anymore.”

Linda looked down at herself. Funny, it had never occurred to her just how loose her outfits had become. That morning, she had forgotten to put on a belt so her beige straight skirt kept falling around her hips and untucking her white blouse. Although her coworkers had brought this subject up before, she had always dismissed it. She wasn’t trying to lose it, and she wished they’d let it go.

“You need a shopping spree, big time,” Carla said. “Why not buy some stuff at Marshall Fields? I’m sure you get an employee discount.”

“Yeah, I do,” Linda said. “But the money I make there is going into my school fund.”

“You’re going to have to do something,” Carla said. “Your clothes

are practically falling off you.”

Linda was saved from answering when the telephone rang.

“Hi, Linda,” the receptionist said. “There’s a police officer here to see you.”

“A police officer? To see me?”

“A Detective Steve Anderson. He says he knows you.”

Both Rachel and Carla stared at her.

“Have you been involved in some illegal activity we’re not aware of?” Carla joked.

Linda stood and tucked her blouse in. “No, no, of course not. I think it’s someone I knew in high school. Although why he would look me up here is beyond me.”

Linda whirled around and took a deep breath. He stood in the doorway, looking exactly the way she remembered him, all those years ago. “Hello, Steve.”

Steve came several steps forward into the office bay. “It’s been a while, hasn’t it?”

Linda took a deep breath, suddenly all too conscious of her ill-fitting skirt, her frumpy blouse, her hastily applied make-up, her uncombed hair, her lipstick that had long worn off. “Yes, it has.”

Now that they were closer, she saw that the years had left their mark on him. His thick black hair sported a shorter cut, and stubble dotted his chin. Instead of jeans and a tee shirt — his daily uniform in high school — he wore a button-down white shirt and a striped tie beneath his overcoat. His green eyes, however, were exactly the way she remembered them.

He came forward, bringing with him a breath of cold air that grazed her cheek. He reached out, as if to touch her, but then at the last moment rubbed his hands together instead. “It’s really great to see you again.”

She licked her lips, suddenly finding her mouth filled with sand.

His eyes swept over the cubicles, taking in every detail. She found it an oddly calculating move. “I’d like to talk with you. Could I take you to lunch? I know it’s last minute; I was up all night on a case.” He shrugged and half-smiled at her.

Linda turned away. Out of the corner of her eye, she could see Carla and Rachel pretending to work while hanging on every word.

She didn’t think she was ready to face Steve and the demons he would bring from her past, but suddenly, that option seemed more appealing than enduring the inquisition Carla and Rachel surely had in store for her.

“All right. I guess,” Linda said, eyes glancing up, but not quite meeting his face. 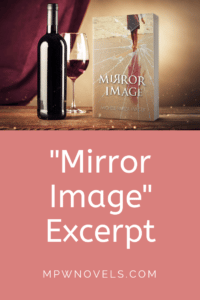