The early 2000’s were not kind to my writing career. 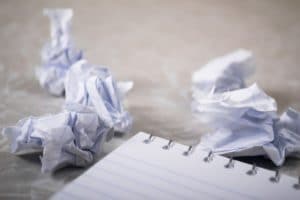 In 1998, I quit my job to become a freelance copywriter. Part of the reason why I wanted to start my writing business is because I thought I would have more time to work on my novels.

Within the first five years of my freelance copywriting career, I was able to finish one novel I had been messing around with for over a decade (“Mirror Image,” which I wrote first but published second), and write a second novel from scratch (“The Stolen Twin,” which I wrote second but published first).

Both novels had interesting “birth stories” that I talk about here and here, but in a nutshell, I had been close to getting a book deal with Bantam Dell when it fell through.

My agent told me to write a third novel. All I needed was 100 pages, and we would send that over.

I never sent it to my agent.

I never did anything with that book (although I will pick it up and finish it one of these days).

Other than a flurry of fiction writing in 2008 (that lasted for maybe 2 months and resulted in about 50 pages in a new novel) I didn’t write a word of fiction until 2015, when I started “It Began With a Lie,” even though at the time it felt ridiculous to even consider getting back into fiction writing. (My mother was dying and I was trying to keep my company going along with writing my Love-Based Copy books.)

So, why did I stop all those years ago?

Because it was too painful for me to switch between writing fiction, writing nonfiction blog posts (to promote my copy business), and copy for my clients.

I literally felt like I was being torn in half, especially when I was actively writing “The Stolen Twin,” which I finished in nine months.

One of the most difficult things I've had to come to terms with is this: When the going got tough on my dreams, I quit. Click To Tweet

It was so agonizing trying to focus on both, that I did something even worse to try and save myself.

(In my defense, I didn’t know any better. I truly was doing the best I could at the time.)

What did I do?

I cut myself off from my writer’s soul.

I decided I was not going to pursue a fiction writing career.

I was done writing fiction. 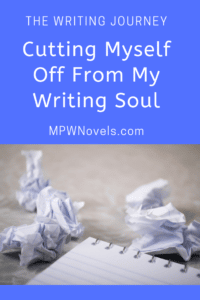 Don’t get me wrong—that  was painful, too. I remember when I made the announcement to my business coach; I could feel a part of myself dying.

A part of me felt like what I was committing was murder.

But, at the time, I felt like I had no choice. My copywriting was paying the bills. Fiction wasn’t. Not only that, but I didn’t see a way forward, to make money with my fiction.

If the two books I had already written weren’t salable (and if my agent wasn’t going to send them to any other publishers, which appeared to be the case as she hadn’t shown any inclination to doing), what were my choices? It was too painful to keep trying to balance fiction and copy.

What else could I do?

(Keep in mind, this was before Amazon, and before self-publishing became an actually viable model for authors. If I had wanted to self-publish in 2005, I would be storing thousands of books in my garage and hustling around trying to sell a handful at a time out of my trunk. I didn’t know a single author who had actually made it that way, so to me, it just felt like a colossal waste of time and energy.)

The irony is that I cut off from my writer’s soul to save myself, never realizing that what I was actually doing was killing myself.