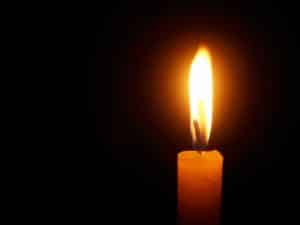 My mother, who had been diagnosed with cancer in 2012, was in Intensive Care in the hospital.

And, that was the beginning of my week in ICU hell.

My mother was on a breathing tube, so she couldn’t talk. My sister and I took turns being with her. I had the day shift and she had the night. We read to her. Held her hand. Cried. (I did, at least. My sister kept her tears for the bathroom.)

No one thought she would make it. The doctors and nurses kept trying to prepare us. Gently, of course. But their intentions were clear.

Sitting alone in the hospital with my dying mother, I finally realized I could no longer lie to myself. And I had no choice but to change. Click To Tweet

I still remember that Thursday.

My mother’s heart had stopped twice, but they had gotten it going again.

I was alone with her. Holding her hand. Trying to read to her through my tears. The doctors had made it clear there was nothing more they could do.

Two phrases kept running through my head as I sat there with my dying mother, huddled in my layers (she had been burning up, so it was freezing in that room).

“Let go and let God.” (I had never understood that phrase until that afternoon.)

“I’m not going to die with my books inside of me.”

I clung to those phrases through the long hours until my sister joined me.  When I left later that night to try and get some sleep, I didn’t know if I would see my mother alive again.

But then a miracle happened.

She stabilized. They pulled the breathing tube out. And she lived another ten months until peacefully passing at home on June 30, 2015, surrounded by her loving family.

No one could believe she pulled through that first time. But, she did.

That experience taught me two things.

The first is the power in surrendering. In letting go. Because God WAS with us in that ice-cold ICU room, but only by surrendering was the miracle able to happen.

The second thing—I was done with the BS in my own life. 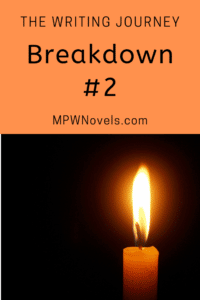 For years, I had put my book-writing career on hold. I’ll start writing books in a few months, I’d think. Next year. After I finish this big project.

I even had two complete novels just sitting there gathering dust in my “computer” desk drawer (The Stolen Twin and Mirror Image). I could have self-published them years before, as soon as Amazon made self-publishing and Kindle more of a “thing.”

But, I didn’t. Instead I kept pushing my writing dreams off.

Until the day I finally took a good, long look at death.

As it turned out, I didn’t.

I knew then that, if I didn’t want to be on my deathbed facing a whole slew of regrets, it was time to stop with the excuses and the BS,and start getting serious about becoming an author.

I was ready to take the next step.