Redemption, Wisconsin is like no other town. Redemption decides who it wants living there … and who it doesn’t. 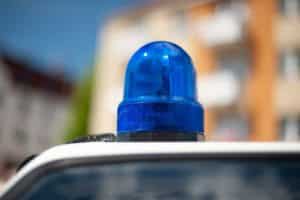 Some people even say the entire town is haunted.

In celebration of the publication of The Evil That Was Done, the third book in my award-winning “Secrets of Redemption series,” I thought I’d let our heroine Becca, the main character in the series, share some pros and cons of dating a cop in a haunted town.

(After all, Becca is most definitely trying to decide if she really ought to be dating Daniel or if it would be smarter to stay single for a while.)

Is it smart to date a cop in a haunted town? Becca, my fictional character in my award-winning Secrets of Redemption series, weighs in. Click To Tweet

Pros: You don’t have to worry about him being fired due to downsizing.

Lots of ghosts and paranormal activity means lots of things to investigate! It’s difficult to imagine the police force ever running out of things for him to do. (As a bonus, it may even mean more overtime and bigger checks!)

Being busy is a sword that DOES cut two ways. Too much to do may mean he can’t make your birthday dinner, or that he’ll be gone during that weekend getaway you’ve been planning for months.

Ghosts can be soooo unpredictable! One minute they’re showing themselves, another they’re knocking on doors, or moving objects around, or maybe making a lot of noise. There’s always something new going on.

As it’s tough to actually arrest a ghost, there’s likely going to be a ton of unsolved cases on the books.

Pros: No chance of him falling in love with a suspect.

We’ve all seen those movies—the ones where the femme fatale walks into a private investigator’s office, and even though the PI knows she’s bad news, somehow he ends up falling for her. Well, if your guy is investigating ghosts, there’s no need to worry about that.

Cons: UNLESS the suspect is some male-killing demon succubus.

Yes, this would most definitely be a con.

Pros: He likely won’t end up in a shoot off.

Ghosts do a lot of things, but shooting guns isn’t one of them (one less thing to worry about).

Cons: But he might end up with bumps and bruises from poltergeists throwing things at him.

Those poltergeists are pesky entities, aren’t they?

Pros: Bumps and bruises aren’t THAT big of a deal, which means you can relax more when he’s on duty. 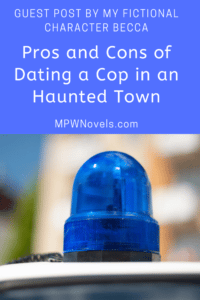 Grab your copy of It Began With a Lie, the first book in the series, or get the 3-book boxed set right here.