Before I was an author, I was a reader. 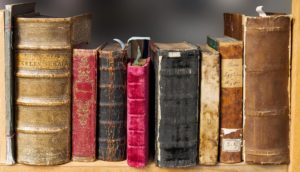 I read A LOT of books over the years. (In fact, I taught myself to read at three years old because I wanted to write stories so badly.)

And, one of the things I realized early on is that I prefer books that mix genres over just a single “pure” story.

I’m also of the belief that I’m not alone.

Look at the popularity of certain mixed genres categories. (Romantic suspense, anyone?)

So, as an author who has taken mixing genres to a whole new level (my current Secret of Redemption series combines psychological thriller, mystery, romance, the paranormal, and even a touch of women’s fiction), I thought I’d share my top five reasons for mixed genres being best.

1. There’s a little something for everyone.

No matter what type of story you prefer (romance, mystery, fantasy, sci-fi) in a mixed-genre book, you’re more likely to find something you like.

Better yet, in a mixed genre book, even if you’re not crazy about one of the genres, you may still like the book because you enjoy the other story lines.

So, it may just be me, but single story line books can be a little … boring. Especially if I end up reading a few in a row.

I think it’s because in most cases, the books are both simpler and shorter.

Now, don’t get me wrong. Sometimes I want a simple story I don’t have to think too much about. But, most of the time, I enjoy the complexities of multiple characters and layered story lines, and it’s much easier to craft those books if you’re mixing genres. 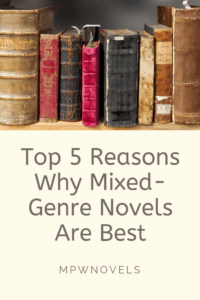 Just like mixed breed dogs can be healthier than purebreds, novels with multiple story lines also tend to be more robust than the pure versions.

What do I mean by a “healthy” novel? The author doesn’t resort to tricks or force to move the plot and/or character development forward.

When you’re dealing with multiple story lines, the author has multiple ways to move a story forward, so that *should* (in theory) help the author more naturally tell the story.

Did you know that fairy tales are actually morality lessons?

Yes, fairy tales were originally designed to “teach” a moral lesson, but because those can be boring, they were “sugar coated” with a story.

In other words, the story helps the “medicine” of a morality lesson go down.

As humans, we’re wired to respond to stories. It’s in our DNA. Stories are at the foundation of how we communicate and make sense of the world, and they help us become better people.

So, when you read a multiple genre story, there’s a good chance the story has a deeper meaning that could help you become a better person. And, that lesson will be integrated on a deeper level, because it’s a part of a story.